For this week, there will be a slight move over to western animation. Mainly two shows with them being Invincible (as you see) today and Castlevania Season 4 on Friday. Why these? Well, because I feel like it and I just watched them. That’s all the reason any of this needs to happen because it’s my blog after all. I am a bit late to the game on Invincible and that is generally how it goes for me when it comes to western media. I didn’t know it was on Amazon Prime because I made the mistake in not knowing that I could do it. All of my focus and brain power goes to anime and then only sometimes watching western media whether in cartoon form or otherwise after hearing how good or bad they are. What a weird world to live in, huh? I am especially glad that no one spoiled Invincible for me during its run, but I have a feeling that I would have loved it regardless because I do like super hero stories. It’s very rare that I find one that I love anymore though.

Invincible is a super hero series that takes place in the modern world of today. It is also very clearly a series that is very DC in nature and is dark in a way that still shows the series loves these super hero tropes by experimenting with them in ways that makes sense. In a world where Mark Grayson is the son of this world’s superman called Omni man, he always felt left behind by everything his father can do. His father is a passenger from Viltrumite and seeks to save the world through working solo but will work alongside that world’s Justice League (Guardians of the Globe) when in a pinch. We see that in the opening scene when genetically strong clone twin villains are fought off by the Guardians after everything is safe. One day, Mark Grayson discovers that he has powers now and the universe and the world itself is about to change.

This story is about Mark Grayson growing up and learning to handle the super powers he recently acquired. Those are pretty classic super hero things and that’s why I love it so much. These powers are too much for Mark to handle. He doesn’t know how to deal with them which leads to him getting trained by his dad, has new responsibilities now that he has those powers in order to be a hero in all that it means, and he must learn to handle his social and normal life that he constantly struggles with. Mark is constantly struggling over everything he does because it’s all over his head and he’s completely naïve. So, it’s a bit like if super man and spider man’s stories were combined together and I like it. It’s very relatably done and handled with lots of care and love for the super hero genre while doing something somewhat unique.

What is the main thing that sets the course of Invincible from other super hero shows? It’s the ending of episode one that sells this in what makes it special. Not just brutal violence and the death of the Guardians of the Globe by the hands of Omni Man himself, but what that means for the story. There is a mystery plot in why he did it that we have to wait until the right moment to know why. It changes the scope of the story by added that sort of tension into everything centered around him. It adds some wild tension to his family moments because you know that he is ready to kill when he wants. Same with him training his son because we don’t know why he’s doing that until the reveal happens. Also, that moment set the tone of the show itself with how brutal it can get. Omni man himself is injured from killing the guardians so we know how far this show will go in its brutality to teach the characters an important lesson.

Are those the only thing that make the show so interesting? Well, no. There is so much to say about how the show is written in general that makes it so unique as well. For instance, the show knows it’s in a DC super hero world and uses a lot of short hand to make it work somehow. Yet, the world of the show feels so alive because of this fact because there is so many things for Mark and other super heroes to do. The aliens that appear through a time portal, the missions to mars, the villain who wants to destroy Mount Rushmore for correct reasons, and such while Mark somehow has to have a normal life? The Guardians of the Globe reformation is a good plot as well because the heroes have to have a force to protect the Earth to make it work for the public. There is a lot of thought put into all of it. The show does move at a very fast pace with a lot of focus points, but it’s very well directed so you know everything that is going on with a very good sense of direction for all the events in it.

The characters of the story are always very good as well. Mark is a very relatable protagonist in his own right, but his family is pretty solid. Debbie Grayson is a wonderful mom who is a realtor and is like Mark’s moral compass. His dad, Omni Man or Nolan Grayson is a very caring father in his own way. I also like the characters involved in their shield program who watched these heroes are fully characters in simple and relatable ways too. I also like Stephanie Eve (Atom Eve) who becomes has the power to rearrange atoms become his best friend and confidant after the two never start a relationship together. I also think that Mark’s best friend William who is also pretty good and Amber, Mark’s girlfriend is also pretty great. I could keep going and going because there is so much of them that get characterized in simple and short arcs all over the place and it’s well realized because of that fact. I like this show because of it.

What is a mixed back? The visuals themselves are all over the place in terms of quality. There is a lot of consistency in character design thanks to characters not moving a lot or moving in limited ways with lip flaps. Which is all fine because there are so many great designs to look at. There are moments when the animation shows how powerful the cast is by getting themselves destroyed or beaten up along with their surroundings in some of the most gorgeously animated moments possible with the most weight to them possible. It also helps that the show also has so many backgrounds and special environments as well. Lots of good science fiction bits of technology and fantasy where it’s needed. It helps to create a sort of world that is moving and breathing from its character writing to design to its world construction and such.

I really don’t have a lot to say against this show other then it’s still frames and limited most of the time except when it’s not. I have such original opinions it seems. So yeah, watch Invincible Season 1 if it sounds like your kind of think. I think if you like the DC Animated Universe, then you will easily like this one as well. It also helps if you can enjoy reasonable cartoon violence that makes sense when it happens. So yes, a solid bit of western animation here with lots of heart, soul, and surprises when they need to happen as well in some very exciting ways. I won’t say unexpected because not everything explodes in a “surprise”. That doesn’t leave any of the impact behind it which was exceptional in its own right. 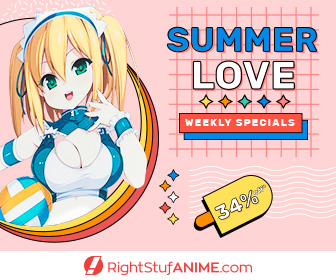