This really is different media week. I had some western animated things and now I am going to talk about some live action shows. Unlike anime, I am not as up on my live action watching as often I am with my anime. As I’ve said before, I usually know when and where the anime that I want to watch are. I can’t say that for western media in general. In fact, I am always behind and constantly wait for other people to tell me how good something is before I dive in usually. You know, unless I already know a series and am guaranteed to like it. That happens sometimes but I will still be pretty slow in wtching it regardless. That’s just how I am sometimes it seems.

Anyway, here is a list of shows that I’ve complete this year OR am still in the middle of watching right now.

I love cooking competition shows. No seriously, I do. I am not including all the cooking and baking shows that I’ve watched this year or in general because it’s too much. Why did I choose Top Chef Portland? It’s the latest season of my favorite cooking competition show. It’s so different front a lot of them and constantly keeps the professional chef on their toes by doing something different in a unique way every single time. This season was filmed during the pandemic, but it hasn’t lost any of that energy and passion. Also, go Shoto. He’s from Seattle so go local chefs!

This was a show brought to my attention by Jon Spencer (so thank you) and it’s a hilarious show. It’s also a british show and I really love British humor. The show is five comedians doing some of the most normal or bogus tasks possible to please a tall master to get points or fail. It has a lot of Top Gear energy and I also loved that show too. It’s all on Youtube legally and for free, so check it out.

Kingdom is a South Korean production centered on a zombie virus spread in ancient korea and it’s wonderful. I think the writing itself is pretty basic because it has a pretty simple narrative with simple characters, but the world of ancient south korea and how the royalty and otherwise would handle it in that scenario is wonderful. It’s a lot of very good spectacle with a decent story carrying it along. When this post comes out, I will probably be watching season 2.

As of writing this, I’ve seen six of the season episodes and I really like it. This is the story of an orphan named Beth in the 1950’s and beyond as she discovers her love for chess as she pummels opponent after opponent with skills that goes beyond her understanding. She starts as an elementary schooler and it followers she grows up, joins tournaments, deals with her mom’s death, suffers through drug abuse and alcohol from her lonely life, and such to eventually get a handle over it all and her chess skills. It’s very well done.

I love the Expanse. I’ve read the books these are based on and the live action series actually adapts them surprisingly well. I am not kidding, this show does a fantastic job for the medium change presented from book to TV series. The last four seasons felt like they were building to this season. A season where the people living on space stations and metal colonies got annoyed with the Earth and Mars and that leads to destruction on Earth and chaos on Mars. Will the main protagonist crew be able to fend off the latest storm? One can only hope. I guess we will see in season 6.

So yes, I don’t watch as many live action things but I’ve been trying to do more recently in an attempt to still be apart of western society in some ways. I don’t really plan on checking out on Disney+ anytime soon because I don’t want to support Disney right now and I am also not going to check out what is on HBO Max either because I don’t have all the money in the world to get all streaming services. That same thing for Discovery either because nah. But I do have everything else and am always in the journey to look for other things to watch. 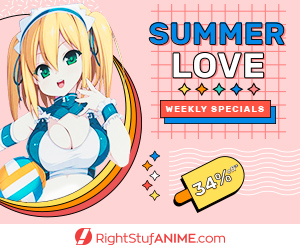