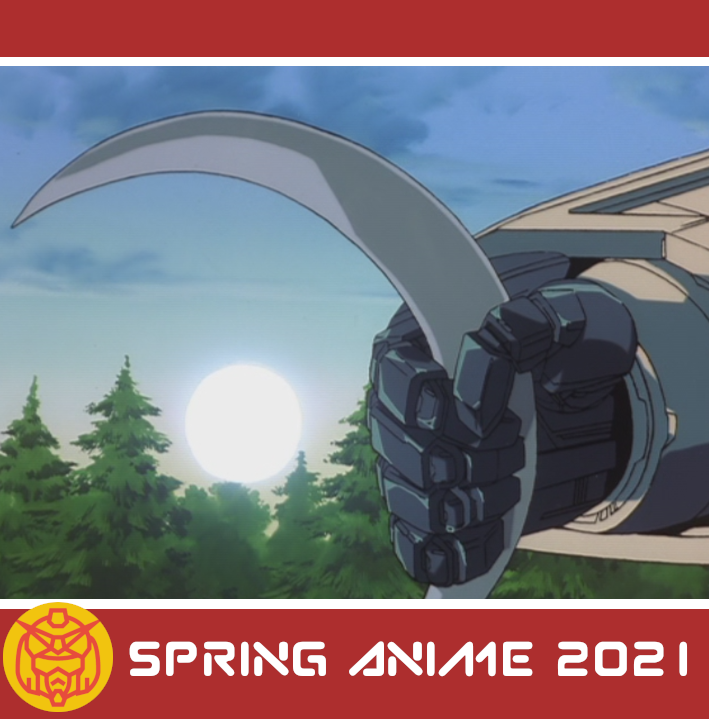 I’m stunned by this season. A season on multiple levels of quality. Mostly on the high end on a lot of levels from what I planned to watch. I did not see everything that aired this season because that’s impossible. I mean, people could be paid to watch all the shows that air in a season and it would be 40 hours a week or longer kind of job and no one would pay for that kind of thing. Why? No one would be able to write any of that down.

Regardless, I have picked what I planned to watch and I had a generally good experience. Especially with things that I didn’t expect to watch when I entered this season. That’s a good problem to have. Having too many enjoyable things to have should always be a good thing. That’s why doing this ranking system is kind of putting everything into question because of how good a lot of things were. It shows how badly objective this can be sometimes. Well, besides the very obvious bad stuff known as Vivy and Moriarty for some reason. I just hate it when something is bad.

This second cour was a bit more standard super robot show with an added twist of insanity behind Taniguchi’s direction and Kazuki Nakashima’s writing to make it special and unique. Every super robot series is about breaking the impossible and this one certainly did. What a wonderful cast, wonderful bits of drama, so much gar and energy, and just excellent insanity. So much good gattai as well. I can’t recommend it enough. Very surprise hit.

Oh, this series is so good. A good story about Joe finally discovered what the weight of his fame means. He left behind some darkness as he left home after his coach died and was kicked out by his kids in Team Nowhere. A wonderful character study of Joe as he recovers from his darkness and other characters as well. There is some boxing as well, but it’s not as important to the story.

This story man. It does not sound like much outside of its title, but it really is an exploration of people, social media, crime, the underworld, people, and so many kinds of animal characters with lots of personality. I do not want to give it away, but the show is so surprising and well thought out. I think it helps the show keeps itself grounded while having so many good story lines and characters in it.

Oh man, this series was so good. A well-done ensemble piece character drama between lots of people. Somehow, the story was able to balance so many character’s stories while creating this unified feel of these broken people working together and becoming something stronger. It is an exceptionally light show until the end, but it works out and everything is set up well. Plus, the robot gatai scenes are incredible.

I do not have a lot to say considering that this show has lasted for multiple seasons and now the show is done. It was a fantastic conclusion in a way that makes sense for the characters in a massively emotional journey for all of them. It did all the characters justice, even Akito. Tohru’s and Kyo’s journey alone started well, Yuki has his own journey starting with his own recovery, and everything has their weight after losing their connection.

Oh man, this was a great in between sequel for more things waiting to happen in the future. At one point, it was a three-sided fight between our main protagonists, the demon realm, and the nation filled with demon lust for killing. Lots of good puppet violence, time travel stuff that made sense, and tables turning. Some characters are gone, some characters explore their roots, and others just double cross others in fantastical and exciting ways. I cannot wait for the demons to move forward in the future.

I do not know how to exactly say other then this was another piece of creative media that came out. A taisho era series in Japan with the de-escalation of military power after WW1, vampire units, and other things. A lot of simple characters and a decent exploration of vampires vs humans and such. Also, some good characters and acting. It is a very good show in a very high concept kind of way.

A decently put together series exploring the effects of racism and exploitation with some internet culture and media here. Nice seeing Lena being more aware in how she can change and Shin’s story with his brother who was taken by the ai legion. Remarkably interesting directional style and experimentation in the film making of the series. It did not explore all its characters as well and could be slowly paced at times too, but I like and can recommend it. Cannot wait for the next season in the Fall.

I will also write a post about this too.

So yeah, that’s how the season came out. As you can see again, lots of good things and some bad. That’s fine. I realize that the most upsetting things to me are when science fiction stories that people think are amazing are ground breaking are the same people who have probably never watched science fiction stories about those things before. Or, you know, seem to understand good science fiction story telling at all. Or a sequel of a series that failed once actual action was put into the equation. Gah. Anyway, next season is going to be lighter and I hope its just as good here.