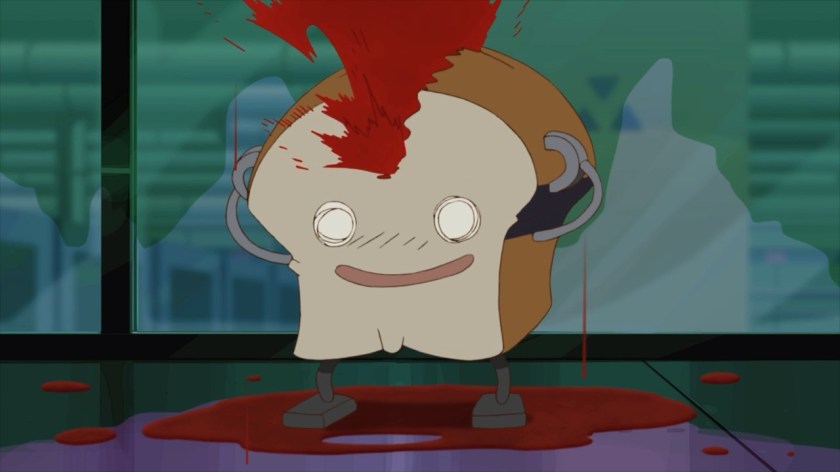 I’ve always said that I have never been much of a manga reader, but I seem to have been reading more manga recently then ever before. Lately, I have been spending three days a week with only about an hour or less reading some assorted manga. Some of it comes from Shonen Jump, but there have been other sources in the digital space from Crunchyroll and other sources that have their own manga and that’s been easier for me. I usually read manga a little too fast to make purchasing paperbacks viable in anyway. They would just take up space. So yes, I am glad to be able to have digital options. I know I’ve said this before, but it’s worth mentioning regardless.

Anyway, going to split some of the manga that I am interested in talking about in different categories.

This is one that I’ve been reading since it’s come out. It’s almost twenty chapters in as of writing it. It’s a good romance manga with a touch of sports about this boy named Taika, who is still a newbie at tennis, has a crush on one of his seniors Chinatsu who is at the state level of basketball level. One day, Chinatsu ends up living with his family because her parents left the country while she still wants to pursue becoming a professional basket ball player. It’s really cute and just well written.

Basically, a manga that is like Harry Potter if the protagonist didn’t have magic and worked out all the time. Worked out to the point where he can defeat magic with the strength of his muscles. The main character’s name is Mashle and he is an air headed guy who loves cream puffs and pumping iron. So yes, this is the world where magic is everything and people who don’t have it are killed off. By joining not hogwarts and proving the world wrong in an tournament arc. Very shonen battle in that way.

I didn’t read this when it came out and am still working on catching up to it.

I just started reading this one, so I am only four chapters in. Basically, four boys escaped humanities destruction (maybe if it happened) and now they are on a planet where a god watches over them and forces them to make moral choices. That’s what its like in the small amount of chapters I’ve read so far and it’s interesting. Also, there is a lot of crude humor but it’s very good and effective crude humor. It’s just a lot of fun so far.

Lucifer and the Biscuit Hammer

One day, a college student by the name of Yuuhi Amamiya is greeted by a talking lizard and gets called into action as a beast knight. A beast knight out of many that seek to protect the princess from the mage Animus in order to save the world. Of course, the princess really wants to defeat Animus to destroy the world itself. This manga is so good. Lots of great characters and character stories, lots of growth, very good humor, and all sorts of things. I love all of it.

This is a manga that I just started reading on a whim. One day, a high school boy named Hanae Ashiya gets possessed by some spirits and he is saved by a powerful exorcist and owner of the Mononokean who also is in his class by the name of Haruitsuki Abeno. Abeno forces Ashiya into a job and the two go on the adventures with each other. So far, it’s been some very good and emotional stories all over the place. I love all of it so far. I have been reading it slowly because I want the experience to last.