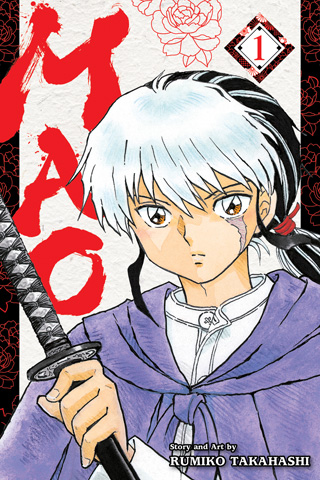 In case you were wondering, Rumiko Takahashi is still at it when creating manga. After literal decades of being on top of the manga world with one hit or another, she is still working on manga with their own kind of stories that have changed over time with the world around her. That is the way Mao feels like to me. While it repeats some of things that Rumimo Takahashi has done so far, how she changed the story around it matters. All sorts of great work here.

One day, a normal high school girl named Nanoko in a modern japan finds a portal to another world. A world to what is known as Taisho Japan. A world where demons still wander the world and an attractive swordsman by the name of Mao is searching for demons. The guy is a Yokai doctor that also heals people. The sword he carries is cursed by a spider demon named Byoki. There is a lot of mysteries to this series. One of them is the sword, what the time distance in the portal, and how Nanoko became a yokai.

Yeah, Mao takes a lot of cues from Inuyasha and plays around with them on a lot of levels here. The time portal, a normal school girl, an attractive guy with a sword on the other side. It really does feel like a greatest hits of Rumiko Takahashi’s work in a modern context. Having Nanoko being a powerful demon in a modern world will probably add some complexities to her story as it goes on. Same as Nanoka was able to take Mao’s sword and use it at the end of this volume. It not only makes her more awesome, but adds to the mystery of the manga.

Plus, the worst parts of Inuyasha aren’t here and I feel like this will be a shorter story with simpler goal hopefully. It’s hard to tell considering that this is only eight chapters of an on going story. I am sure the cast will expand more and the adventures will explore Taisho Japan a little more. Something really cool, because I like the concept of Taisho Japan. The manga itself flows very well. Eight decent sized chapters that give some introspection and space while also being well paneled and one panel just naturally flowing from one to another. It’s honestly a lot of fun. You can tell that a master it as hand here and Rumiko has been a master for years. Check it out if you are interested.

You can pre order this manga for this coming week right here: Link