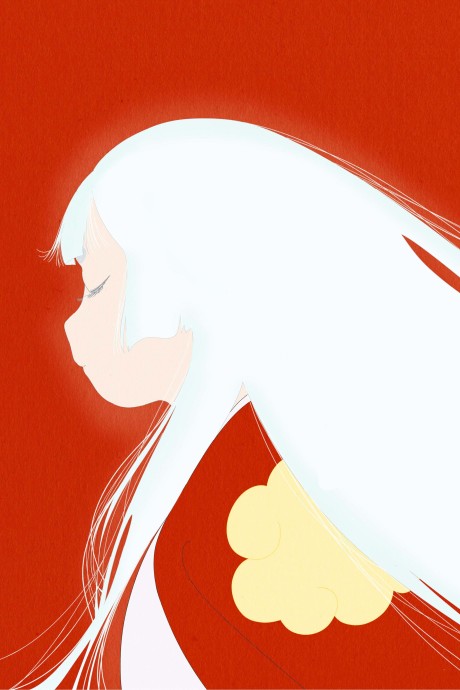 I just…can shows just around the same time in cours anymore? Seriously. It’s really hard to just put The Heike Story with the other shows this season because it’s 4 episodes ahead of everything else. I can’t just put this show in the usual halfway because it would almost be or actually be completed. From that fact, The Heike Story is going to get it’s own post in that matter. So yes, lets dive a little into this anime in a little bit of discussion. This show is probably the most unique anime airing this season. No, I am not joking.

I’m kind of astonished in being able to watch The Heike Story. Why, well, this anime is an adaptation on the actual Heike story told in Japan for generations. This isn’t a story that is about a great moment in Japanese history like Angolmois where a small number of Japanese prisoners and soldiers held off the Mongol invasion for a small bit of time. No, this is something that was passed orally in Japan since the 14th century. Something like Homer with the Illyiad and the Oddysey for greek story telling. That is why I know it’s not meant for me, but also why it’s so interesting.

So yes, this is the story of the fall of the Heike clan who currently rule Japan in the story itself. All from the story of one girl who never changes named Biwa who plays the Biwa better then anyone. She also has heterochromia and can see the future and is afraid of everythign she’s seen. A lot of years pass in this story from episode to episode, but Biwa never changes as she is our point of view character. Nothing ever stays the same, there is own tragedy and misery for the Heike clan. Something that is a strength and weakness of the anime itself because I do like it.

The Heike Story’s writing is like what happens when you take one arc or season (25 episodes usually) of the original Legend of the Galactic Heroes series and keep the content while cutting the episode count in half. It moves very fast. I also greatly confuse a lot of the character names because they go by some fast. I finally know most of the Heike clan’s names, but I’ve let myself just enjoy the story because all of the character designs are unique in their own way here. That’s how I’ve been watching and enjoying the show for the most part. There is a lot of political movements in it that I find interesting. I just wish that the show had more time to flesh out it’s characters.

In a lot of ways, this show is so refreshing. Usually a history anime, a fantasy anime, or even isekai anime series focused on medieval European settings, not medieval Japanese settings. The show just relishes in Japanese culture from some classic instrument playing to those dances and performances here. I also think that Yamada’s direction with Science Saru’s art and animation story all work very well too. The show just looks so good. Overall, I don’t have many problems with this show besides the names issue and there are some historical aspects put into The Heike Story that makes it so intriguing. Definitely worth checking out. Can’t wait to finish it.