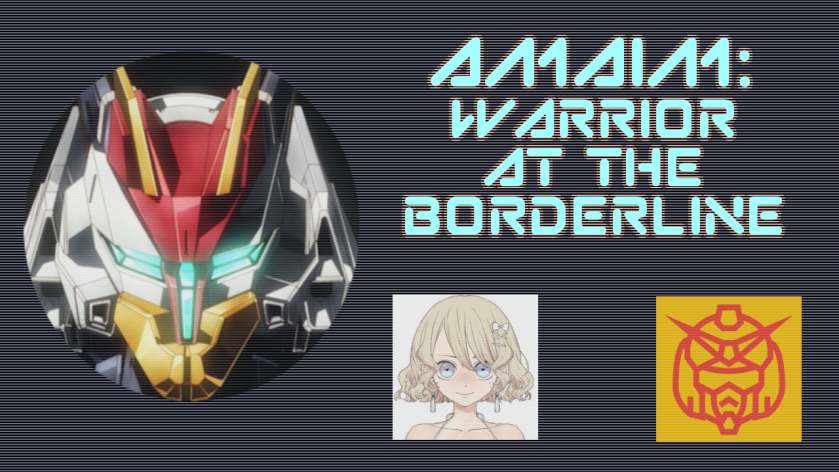 To start this post off, I hope that you have been doing alright as usual Irina? These weeks seem to go by so quickly that most of the time that I forget that a week passes just like that.

The days got so much shorter so quickly. I feel like this time last month the sun was rising at 6 am and it only got really dark or so around 8 pm. And now it’s the opposite. It’s pitch dark until past 8 a.m. and by 6 p.m. you feel like it’s almost bedtime. Good thing I’m not a plant…

The only extra excitement this week on my end have been the rain and wind storms. Not uncommon for this time of year in my area, but the threat of electricity going out is real. I hope you haven’t had any major weather troubles like that on your end.

Not at all. It might snow soon but  that’s not very exciting.

I suppose that we have to do that weekly episode discussion now, don’t we?

I’ll talk about anything with you!

In my mind, this episode was split into two halves. The first half was obviously the action with Amou in his Kenbu and Gashin in his Jogan against this mysterious Ghost unit. A unit that in itself, adds a bit more complexity to the situation because it has attacked all sides of the conflict so far.

Throughout that fight with their obviously stronger opponent, I found it interesting how the a.i. were used in their conflict. I loved how talking/yelling at their other pilots allowed Amou and Gashin to work in unison together. Usually, that wouldn’t happen so quickly. What do you think?

I’ll get back to the pacing of this show a bit later.

I didn’t dislike that they seem to magically work together. It wasn’t just swept under the rug, a lot of characters commented on how unusual it was that they managed to corporate so quickly. I also have to admit that I’m a little iffy on the flow of time in this anime. I’m not entirely sure how much time that training montage covered last week. It’s probably not been a decade or anything but maybe they’ve been training diligently everyday for months?

And like you, I think Ghost does bring up some interesting questions. For me, it was on a practical basis. Is someone piloting Ghost? Like from inside the robot and not from remote control? Is he called Ghost because there’s a ghost pilot? If I were to just be boring about it, I might point out that the promo art and OP does feature 3 characters with AIs and we’ve only seen two so I’m thinking that the only other AMAIM we’ve seen so far is a pretty good candidate for a 3rd main character.

I do feel a little weird by the fact that Kenbu was upgraded last episode from where it stood from the very beginning, even working together with Jogan had such a hard time against one mysterious unit. It does add stakes, but kind of undermines that upgrade from happening. I guess you can say conflicted…

You know, what I got from that, and from the magical collaboration between Amou and Gashin, is that Gai might be more than meets the eye. That AI is suspicious in all sorts of ways.

The least interesting bit of that fight was the fact that the one person that Amou has gotten to know for a few days or so death impacted him that much. I do feel really cold saying that though because it was his first time seeing death like that in a drone based conflict, but still it still felt a little too laid out.

I actually had a very similar thought. I was telling Amou through the TV that I get that he got to know the girl and see her in a sports bra and all that was super exciting but we didn’t really know the character at all. So sadly, the emotional impact is kinda lost on me. At least it’s some type of character motivation which is more than I can say for other anime I’m watching this season.

To change the focus to Gashin a bit, I do like how he didn’t try to push or pull Amou after the conflict at all. (Same with supported Gai too).  My idea that him and Amou being very similar was right in some ways. I mean, forcing people to make decisions is never the right answer and his sympathy and yet coldness felt right as Amou processed through it.

I’m with you on that. I think they’re personifying Gashin well. And his little jab of “that’s none of your business anymore” at the end there, felt right. It was a bit childish and bitter which makes sense considering Gashin is still young compared to the others and has just lost his first and only actual comrade. But it was also a harsh but very true statement. If Amou is going to quit then he has to sever ties completely. They’re not in a situation where they can keep being buddies and going to brunch or something.

I mean obviously, there is going to be an incident next episode which gets Amou to return to Kenbu afterwards, right? It would be interesting to follow a different character through out the show I suppose. The execution for this was pretty decent for that reveal. And there is more with yet another unit coming forward by yet massive mecha for it.

I can’t really call all the mechanical animation decently stiff, but it was shot in a somewhat older style that still has impact regardless of the lack of movement. It feels like a huge breath of air to me compared to a lot of other series that have CG mecha which move all the time. It works because these are robots, not people, and allowing them to be somewhat stiff doesn’t feel very natural. And the action is just generally well shot and directed.

I can’t quite put my finger on why but I find the way that they animate the mechas running/jogging forward to be absolutely hilarious. It honestly makes me giggle every time. I’ll have to pay closer attention to really figure out what’s striking my fancy. I think they might be swinging their hips a bit?

I do think the camera framing during the fights is letting them get away with the illusion of more movement than is actually animated. They do use some stills to pad out the fights. But that’s not a bad thing. I actually think it’s pretty smart. There’s nothing very striking about the direction but there’s a good eye for choreography in it.

And to your point last week, the Kenbu and Jogan did get some cooler weapons this time. Big guns and swords that clearly heat up to cut through armor easily. Hell yeah. Finally, all the cool weapons are here :D.

I liked the big gun as well. I was surprised they would take Ghost down this episode and well.. They didn’t!

To me, this episode was an improvement over the last one that was obviously setting up to this one. It had some cliches going into it that didn’t work as well as it could, but the fight was pretty cool and the teamwork concept is pretty cool here. Maybe it’s the mecha action in it, but you know…I am me…

Here’s the deal, I like AMAIM. I’m enjoying watching it. However, I feel like I just watched 3 season of anime in 4 episodes.

Amou lives in a somewhat dystopian Japan, building a secret robot at the risk of his life and stumbles across a top secret AI. He and the new AI bond and manage to get that robot to work but get busted by the military. That’s an entire season right there.

Amou wanders across the land on the run and meets several people on his journey. Eventually he stumbles onto the terrorist camp, decides to join them and they spend time bonding and training together until he is part of the team. That’s another season.

Another AMAIM appears and changes everything. Meanwhile tragedy strikes and after losing close friends, Amou feels like he can no longer be a terrorist and decides to strike out on his own, with Gai at his side. Solid third season right there.

We see Gai in the very first episode but because of the structure of the show, I still don,t know if the fact that he’s sticking by Amou is normal because they are best buddies or a little weird and I should be thinking that he has ulterior motives. I mean from my viewer perspective, it sort of feels like they met maybe a week or two ago.

The destruction of the camp had little impact because I barely saw these people. The fact that Amou abandoned his entire life to go on the run was a rather neutral event since we didn’t even see his life beforehand. I honestly think the story has the potential to be very poignant and the narrative beats are good. But it’s all going by so fast that I’m missing out on a lot of it. But maybe that’s just because they want to get a lot of stuff out of the way to get to the arc they really want to explore. I hope so at least.

I agree with a lot of this and the reason why it doesn’t bother me as much is because it feels like the writing team has where they want the show to be. The show just isn’t there yet and they have to do the set up and establishing for them to get there which they’ve done an alright job of. To me, it feels like watching the second adaptation of a series where the production staff know people have watched all of this but they have to do a minimum amount of leg work for the show to function. I have some trust that where things are going will be interesting.

I mean, you are right. I think the show is like a 50 episode show crammed into 25 or so. An entire 12 episode arc of Amou wandering through Japan would be interesting. Same with the rebel group. AMAIM is so non committal about things that the feeling of nationalism in the opening minutes is so toned down because the character motivations are pretty generic; they could belong to any mecha series. Hopefully the story will get to where it wants to on it’s uniqueness soon.