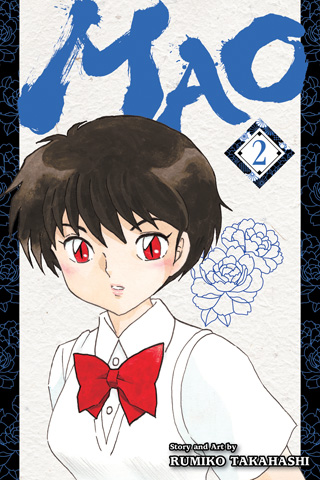 Last time (On Dragon Ball Z), Nanoka saved Mao by being able to lift his sword that no one else can. So obviously, this episode has the immediate follow up for that. Nanoka, Mao, and Mao’s helper Otoya investigate a mysterious cult by Princess Shoko. A cult that is eventually brought to justice. So clearly, this volume is setting up a lot of things. For instance, it is expanding the world of Mao that was presented in the first one and increasing the stakes of the situation at hand. something this Volume very easily does. It is still well paced as ever and I really enjoy all of it I suppose.

The major point of this volume was the exploration of the mechanics of this world. For instance, what amount of time different occurs between Nanoka from the modern era to the taisho era, the devastation that are about to come, and even how Mao is not as strong as he appeared in the first volume. He has a realistic limitation for all of this. There is a strong Inuyasha vibe to the scenes when Nanoka appears back in the modern world just like Kagome, but this manga obviously is still very refined and knows the story it wants to tell. The group is still after Byoki, but I think this journey might be shorter. Or not.

What intrigued me the most about this manga volume was learning more about Japanese culture. Knowing about the great incident that happened to Tokyo in the Taisho era (you can read my Red Mars post to know more about this), it’s interesting to learn a bit more about the old Japanese lore about tectonic plates. Cat fish. That was something which was brought up in The Ultraman by the joke character and I didn’t understand what that meant until I read this manga here. I like learning tidbits like that here. So there is that too.

So yeah, this felt like the standard follow up manga to the first volume and there was a lot to dig into those aspects here too. It is all very well done and not playing it as safe as it could be either. The art is still consistently great, panels are well laid out, and the characters are interesting, and there is so many cool things going on that are fascinating. I feel like Rumiko Takashi has created another great series but I think this one will stay quiet until it gets its own anime adaptation which I would like to see. Very good manga all around. If you are interested in checking out Mao, I would give it a full recommendation.