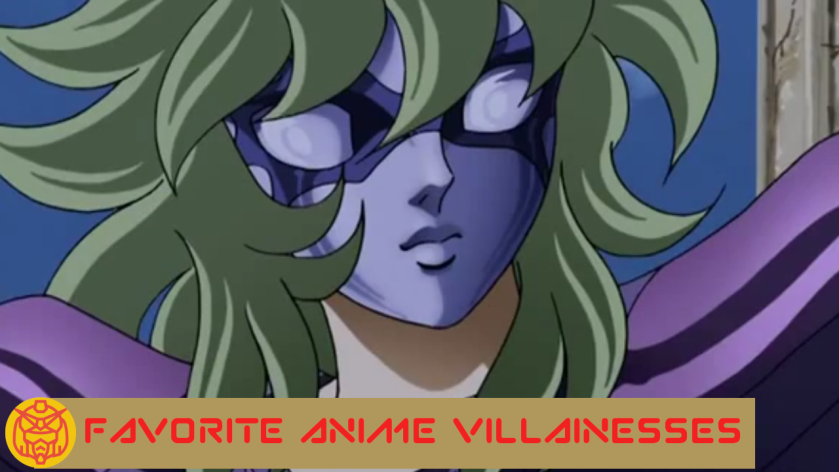 I will just have to say it. Anime villainesses are usually some of my favorite characters in fiction. For ummm…a lot of reasons. Yeah. I mean they are insanely attractive and are in control of their emotions and other people. While anime women in general in fiction are pretty great, there is just something about being unrestrained and in charge that can just get to you, you know? Maybe you don’t, but that is ok too. Villainesses can just get away with everything until their time comes. Then, well…you know.

So anyway, here is some of my favorite anime villainesses. It’s not a measured or ranked list because…I don’t think that’s a thing that I can do. It would be relatively unfair.

With this, I will say that I am missing some f/go stuff which I have seen online. For me, it was that moment when Saber Alter appeared in the Heaven’s Feel films that got me interested. Our cute little saber is now being possessed by the grail and had a massive power upswing. Man…I just…yeah…ummm… Saber is great, but her alternative form is amazing with her letting go of the formalities to become the Darth Vader of the Heaven’s Feel films. Even in her quietnesses, there is a lot of passion and power in what she does and says. Her alternative costumes I’ve seen her in are amazing.

Shaina is the first major villain of the entire franchise. In the beginning, she was the first one to ever kick Seiya’s ass and this was in the opening minutes. Afterwards, she relentlessly sets out to kill Seiya until there is a very interesting and well done romantic turn around. Yes, I ship Shaina and Seiya more then I ship Saori and Seiya. Bite me. Or not.

Haman Karn is one of the most bad ass villainesses that has ever villained. You know, if villain can become a noun. She is insanely attractive and very powerful while being endlessly power hungry for more. Leading Neo Zeon herself to bring back the old principality under her control, her power over char is through out the show and she is the biggest menace could be at this point.

Problematic parent aside, she is really one of those villainesses that spin around whatever plan the heroes can create in some of the most devastating ways possible. Also, she’s just way too hot. That trait isn’t uncommon on this list, but her design is just impeccable and her powers are something that aren’t seen in a lot of shonen series until Demon Slayer came around. Imagine your hot school nurse turned out to be evil. That is one of many appeals here.

I honestly feel like this Saint Germain would easily fit into the fate franchise, no questions asked. That being said, she is my favorite villain character in this show and there is quite a lot of them. Part of it comes from her mastery of alchemy, other parts is that she is not the top dog and eventually has to join with the Symphogear Wielders at some point. Whatever it is, Saint Germain is wonderful on screen with her quick tenacity that not many other symphogear characters can say to own. She’s so good and I was happy she had her small moment in XV even if it was small.

Yeah, 18 is a long time crush and all she wants to do is have fun. She never was a completely bad person because her breaking Vegeta’s arm was a gift and easy to repair. Her personality is great and she’s just so good. I’m glad she was able to keep fighting and being awesome when even married.

The problem with choosing a character from an anime that hasn’t appeared yet and that I can’t say anything at this time. But for now, she has to be here and eventually you will learn why. Or you can read the manga. Reze is just good and yeah…that’s it.