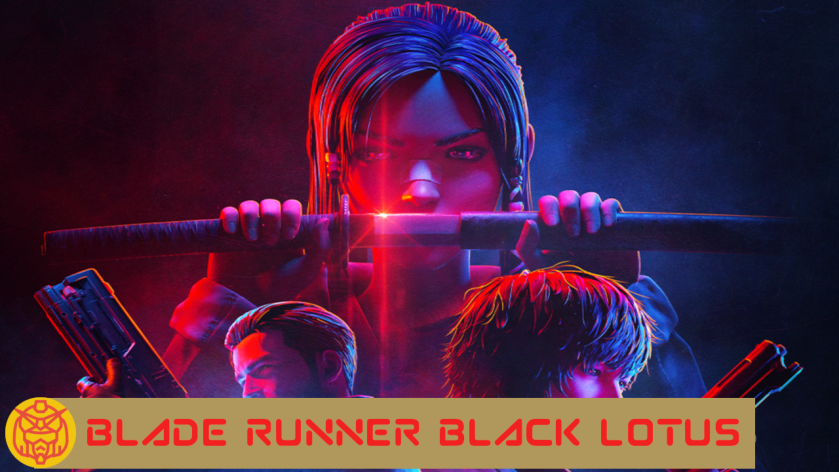 More anime keeps appearing it seems. Especially with breaking down the usual seasonal schedule and such. I suppose if something like this one where Adult Swim and Crunchyroll work on it again, that is going to continue to happen here as well. You know what, I think that breaking that cycle can be OK sometimes you know? Especially when its the merging of minds and creative efforts to create something unique. I don’t think that Fena worked out as planned when those minds worked together, but so far I am really digging Blade Runner: Black Lotus. I see the ratings and numbers of this show declining as more comes out too. I do not know why. I mean that in a serious manor.

This show has revived some of my faith in Kenji Kamiyama’s work (with some in Shinji Aramaki maybe). Something which I haven’t said or felt in a long time. He did direct my favorite anime Ghost in the Shell: Stand Alone Complex and Eden of the East was pretty decent too. After that, I don’t can’t say a lot about his work despite me trying to continue to enjoy his stuff. It feels like Blade Runner but new and in such an innovative way. The world feels right and a lot of shots in this show feel like out of OG Blade Runner and Blade Runner 2049. That’s not a complaint because it is that same world and the story of this anime feels very refreshing to me as well. Hope it stays that way.

Blade Runner: Black Lotus is the story of Elle. An older teenager girl with no memories walking straight into the city of LA with only an advance piece of technology and a location she might stay at. She came from the dusty desert that we do eventually figure out why. Or at least one possible truth of why. The world she enters is full of gangs and people trying to just live their lives. Her very appearance with that piece of technology she carries or just herself heavy disrupts the world around them in ways that people don’t expect. Or maybe do expect considering that she can kick ass and just assassinate important senators as well. There is a lot of intrigue going on that I like.

That’s the thing about this series that feels more like a longer movie then a tv series. Something which works considering that this is Blade Runner, but it does feel somewhat awkward with TV pacing. But honestly, that is not something I’m going to take away from it on my end. I also like a lot of the interesting bits of parties at play with Officer Davis, a company pushing for replicant rights, a political party that is pretty scummy, and then whatever is happening with Elle. It is a very well told cyberpunk story and world so far that feels like it is its own story in a pretty established universe. I’m pretty excited about it so far honestly.

On the CG of this show, I think it looks pretty good. You know, for the most part? There is some awkward sequences of hand and body movement because the show is trying to replicate real movements that people actually do, but in general it’s been pretty decent. The character designs, especially with Elle, are pretty good Great action cuts, so many shots of a great looking city and lots of people walking around it too. The world feels occupied and that’s a good thing considering that this is LA. So overall, a very good first impression with these first three episodes and I hope it continues down this path through out its run. The world can use more good cyberpunk shows.