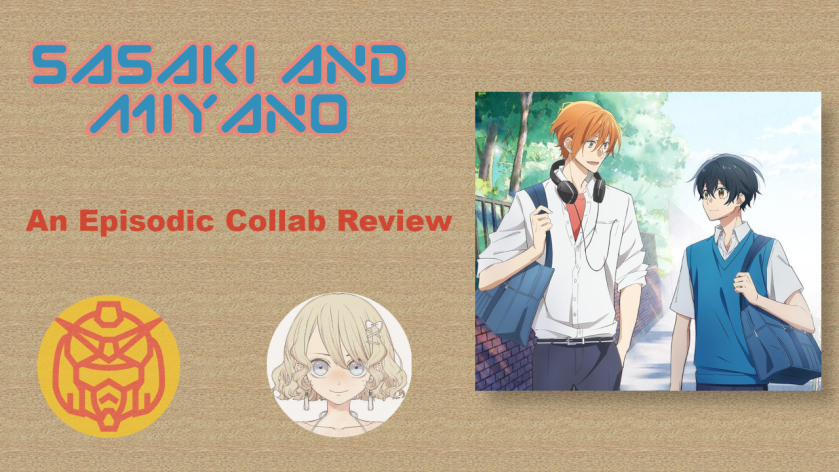 Hi Irina, how was your week? I could say that the weather is getting warmer, but it keeps going back and forth and being cold and then warming up. Weather is strange. But I started some plans to visit some friends in the next couple months after a bit and that makes me pretty excited.

I’ve had a decent week. Montreal is also doing sort of crazy things weather wise. It’s almost as if we’re finally getting a winter in the first week of March.

Also my work has decided it was time to get us all back to the office. I’m only going to go in once or twice a week but it’s still a big shock after years of not leaving the house. I don’t really mind all that much but I’m still grumbling about it. Because I’m spoiled. It will be good to get a chance to miss my house though.

Mecha March seems to be going ok on my end, but soon I will have to start writing some blog longer blog posts again because the ones I’m posting are simple or have been written ahead of time. Soon, the blogging slow down will come to an end and I will be into writing full force, which is something that I am a bit nervous about. But, that feels like a small thing perhaps.

Ooohhh I’m looking forward to that.

I started watching Concrete Revolutio for my personal Mecha March celebration. I really like it although it’s not overly Mecha so far. It’s mecha adjacent…

Is it me or do these Sasaki and Miyano episodes just go by way too fast? I swear that that wasn’t 22 minutes, it felt like five. And yeah, I’m stalling a bit because I don’t have as much to write about when it comes to this episode but I just wanted to share that this episode, like most of them, went by pretty fast.

Same! Those closing credits catch me off guard all the time and I’m like wait, is it already over?

I’ve been sort of drowning in romance today. Not sure why but I woke up in the mood for it. I was reading romance manga all morning before watching Sasaki and Miyano this week and it just felt all comfy and fluffy.

I wasn’t expecting this episode to start at the end of the last one. Sasaki and Miyano doesn’t usually do that because it’s made out of little vignettes. Then again, that moment of intimacy is something that requires a lot of focus because of how important it is. I also like the awkward of that moment being slightly interrupted by Kuresawa and things falling down. It doesn’t feel that out of place even though it does ruin the magic a little bit.

I liked how they resolved last week’s closing scene. All calmly and without too much fanfare. And the interrupt is such a trope but I thought it was fun.

There usually is a lot of Kuresawa in these episodes, but there was certainly a lot of him in this episode in almost all parts of it. From Miyano asking Kuresawa if he would drop something if his significant other asked him to just spending time with Miyano. He feels like a really comfy character to have around because I feel like he embodies a lot of this show’s moods from seriousness to comedy when he needs it.

I’m also glad that the moment between him and Miyano kind of helped to give Miyano his answer to Sasaki wanting him to stop crossdressing. I am very happy that Miyano wants to do it for himself and Sasaki not to mention all the other classmates helping. It was such a cute moment for both of them and Miyano asked Sasaki on a date. That was so cute even if it’s such a small date. I guess starting small is the way to go usually.

One unexpected side effect of watching Sasaki and Miyano is that I’m getting more and more jealous of Kuresawa’s girlfriend. He is so dedicated to her and his answer about what he would do if she asked him to quit a club was actually very thoughtful. Even if his first instinct was to agree unquestioningly.

But most of all, he goes out of his way to get her manga and makes sure it’s something she’d like. I’ve received many romantic presents in my life but no one has ever bought me manga. That would win me over for sure!

I have to admit, I had forgotten that Sasaki had asked Miyano to quit the beauty pageant last week. Not exactly forgotten but I didn’t take it seriously. So at the beginning of the episode, when Saski mentioned that he was half kidding, I thought he was talking about something else. Maybe the hug itself.

I didn’t put two and two together until Miyano started to worry about it and then I was like oooohhhhh that’s what he was half kidding about.

The climax of that scene, with their conversation in the stairs, was great if you ask me. Miyano had some trouble expressing it but essentially he plucked up the courage to say that doing the pageant was important to him as it represents him moving past his insecurities and how his life is better now. It’s some real progress for him as a character. And for his part Sasaki shows some good growth as well when he openly listens to the situation, accepts it and honestly wishes Miyano good luck. Both of them are really showing their best sides this week.

I actually really liked this conflict. It felt realistic, for anime anyways. It seems like situations of this kind could come up for high school couples and this was such a healthy way to resolve it.

With that fact though, I felt like Sasaki becoming sick and the nurse office scene between the two felt a little out of place for this episode. Would Sasaki being sick run these two’s lunch date? Well yeah, it would. But considering how Sasaki doesn’t seem sick at the end of the episode at the school festival, it really doesn’t add much to the whole tension of the narrative perhaps? You know, if this show had a long running one. But, It was very cute so I think it was well worth it in the end.

But the sick boy trope is a classic Scott! It’s like every single big BL anime! Remember Given! ‘Come to think of it, it was the redhead who got the flu in that show as well. Maybe redheads have weaker immune systems…

Man, the supportive Hirano and their class doing a delinquent cafe was so good. I mean, it fits that class’ kind of representation from what we have seen and know, but it’s still just the right kind of funny and wholesome. Then Miyano waiting in at the end for the lunch date. Just kind of the cutest thing and it allows Miyano to put more pressure on Sasaki when it usually is the other way around. I think it’s good stuff in general.

They all looked so natural as delinquents. Like they didn’t even have to get costumes or anything, they just put on their weekend clothes! I like Sasaki better with his hair slicked back. I think it makes his contrast all the other characters better. I was happy with this little change in appearance.

So yeah, this episode had a little bit of everything with some romantic drama to just cuteness all around. Plus a date? Who knew that would happen so soon? Maybe other people did. I look forward to how their date goes and then the crossdressing competition next time because I know that Miyano isn’t the only participant in it right? It feels like it will be the usual good time of this show.

I’m also a little curious about that fortune telling. I wonder if they’ll let us know how it went next week. But yeah, it sounds like the next episode should be a lot of fun as well. I can’t wait to watch it and of course discuss it with you!