Fathers. Fathers can be a major issue when it comes to mecha anime. Or not considering how not all mecha anime have any major issues with their fathers at all. But a lot of mecha anime have main characters with issues involving their fathers. It’s not just an Hideaki Anno thing. We could talk about Mobile Suit Gundam with Amuro’s father or all of Kamille’s parents in Zeta Gundam who were just horrible. Mainly because Kamille’s father cared about building mobile suits and literally nothing else. Horrible fathers are just a thing in the show.

If we wanted to dive farther into the horrible father’s territory, let’s actually talk about Hideaki Anno. We can take the Hideaki Anno thing himself. Especially with the focus on his father being actually terrible and beating him as a kid. Something which he carried with him from his younger years onward. You can tell considering how that was a major plot beat in Gunbuster to Nadia having a major conflict between Nadia and her father Nemo to the obvious in Evangelion. There is a whole article about Hideaki Anno on this which shows that Evangelion was his therapy which finally resolved itself in 3.0+1.0 after so many years.

Here is the article in question: 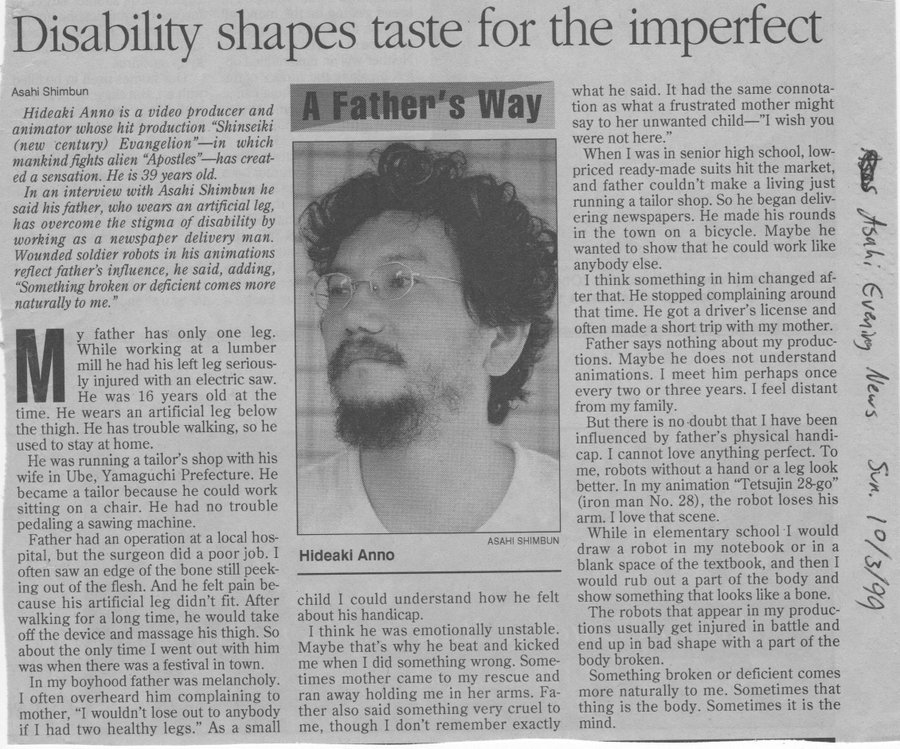 What I am curious about is Yasuhiro Imagawa’s relationship with his father. So many of his narratives involve young boys being left behind with a huge burden from the father or father figure. What about G Gundam and Domon’s father being frozen, Tetsujin 28 Go (2004) with Shotarou using his father’s weapon of war, Giant Robo being the same thing with Daisaku, and so on. What happened between his father? Did he die early and make him work to pay for his housing or is this plot something that he just likes doing to make relatable characters? This is something that I really, really want to know.

I can even talk about some other father situations with the other Mecha March stuff from this year. The fathers of four of the five Voltes V members are important to not only the characters, but to the plot itself. Or the relationship between Exkaiser and Kouta in Brave Exkaiser that slowly becomes one between a robot father figure and the younger son even if both are learning from each other. Every character in the show has a relationship with family members in general because human relationships with their family that drives people into who they are. It just appears that fathers have made a larger relevant part in the show’s here too.