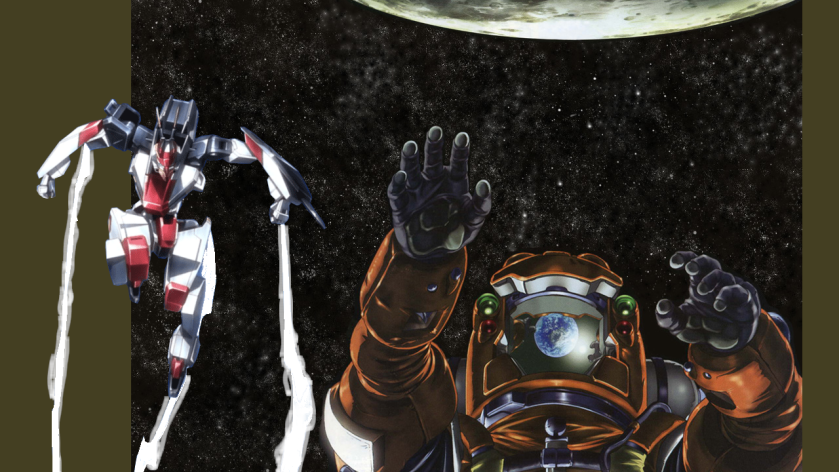 I remember a while back forever ago that a person labeled one of Gainax and Trigger’s things ending in outer space. Mainly because it’s cool. And you know what? Outer Space is cool. Fighting in outer space is also cool. whether its mecha or otherwise, space battles are just awesome. Especially when they can have literally an infinite amount of space to do whatever they want to do. While it is a black void with some stuff in it to create some lights in it.  It’s good scenery for so many conflicts and such. It’s wild there as well because of the special environments. Older mecha anime like to do it.

But the main point of this article is that Gainx and Trigger do finales in space because of how older anime battle in space. Those two studios just like to one up older mecha and space shows and go into space. Those studios like to lovingly follow some of their patterns in their own way. Tons of older series go into space for their finales. I can easily list four of them without even questioning them. How about Voltes V, The Ultraman, Zambot 3, and Exkaiser. Yeah, all of those have finales in space on so many levels there as well.

Voltes V’s final arc has the Voltes crew directly taking the fight to the Boazan. After many rounds of Earth combat, the crew can finally defeat their enemy once and for all. The same thing that occurs in Zambot 3 where the crew can actually defeat the Gaizok before their final invasion before EArth is destroyed. The Ultraman has a 4 episode final arc that is a literal space opera after some small space battle arcs and defeat their opponents many light years ago. Exkaiser just a final battle on the moon because it’s cool as hell. It didn’t have to happen, but it does.

Space is just big in general. Scale doesn’t matter in space. Even the largest ships whether in fleets or just one large ship mean nothing to it. There is a reason why something like Legend of the Galactic Heroes can have such ridiculously huge space battles with thousands upon thousands of ships. Same with Gurren Lagann being able to eventually get so large that it can throw galaxies around. Even with size, the universe is still larger than them. Why wouldn’t Studio Gainax and Trigger want to do that too? Older anime are great because of that.

From that size, the conflict itself feels larger when it happens in space. The Earth based battles do show the reach of the enemies our protagonists have to face in their shows considering they can appear anywhere they feel like. The conflict feels more personal that way because the enemies can literally attack and ruin the lives of the cast in any way they feel like. That is what makes the outer space fights feel so cool. The enemy has been fought back to where they came from after continually fighting and being on the defensive, the balance shifts and the fight can end quickly. Always in the most unexpected ways.

So older anime has a massive love of outer space. It absolutely does and it’s incredible. It’s so infectious and so powerful. It’s sad that not a lot of newer series ever feel like going into outer space or just don’t. Maybe the insanity is there as often. A lot of modern mecha shows don’t go into space either. I can name some like whatever Trigger does, Planet With, Getter Robo ARc, Back Arrow, and a few others, but the world wants more grounded stuff these days or just character focused stuff. Older anime series didn’t care as much because space just happened. Things came from space and things launched into space. I miss that. But that’s ok, newer stuff is pretty fun too.