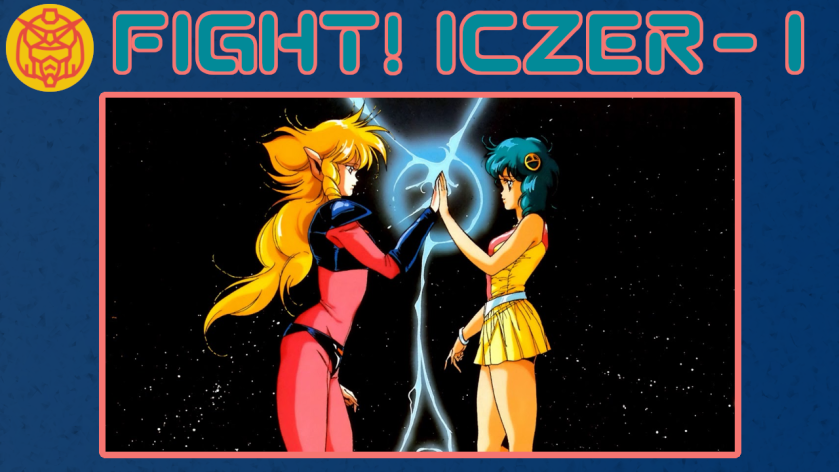 There are some gaps in my own mecha history that I need to still fill out. Those being some of the works by director Toshikiki (Toshiro) Hirano, a great ova 80’s director who I have talked about series he was involved in before, and some of the work from Masami Obari, one of the best mecha animators and animation directors of all time. Considering that Hirano’s ovas have a lot of horror focus to them, it felt like a natural jumping off point considering that the ovas are that short.

Starting this hirano ova session was also influenced by a few places. The first one is the retro mecha podcast who did a fantastic podcast episode on Hirano’s selected works. I’ve also been watching videos from Mercury Falcon on youtube recently and he does a lot of good research for every single video he makes. Plus, the retro mecha podcast did an episode on him. Those two elements leaned me into being kind of interested in checking them out. Not to mention that a few bloggers I am following are doing ova watches of their own, so I decided to throw my own hat in the ring.

Here is the start of Hirano Halloween with the three episode 80’s ova, Fight! Iczer-1.

Iczer-1 is a cosmic horror story with organic mecha. The alien race called the Cthulu are possessing people and turning them into monsters. One normal school has the worst day of her life as she starts imagining people in her class at school turning into monsters. Same with her parents. Or are they dreams? Maybe these people are actually turning into monsters and there is literally nothing that she can do about it. Or maybe there is something that she can do as a mysterious, buff girl named Iczer-1 is following her to keep her safe.

At same time, the attack on Earth and Iczer-1 is being led by a pair of lesbians. I’m not kidding, the first attack leader Cobalt and the second attack leader Sepia were making out in the introduction of the show. They come to finally take down Iczer-1 and take over the Earth for their own gains. Can Nagisa find the will to fight after facing so much horror? Will she and Iczer-1 connect together and defeat their multiple enemies in Iczer Robo? What about the fate of the Earth as we know it now that the Cthulu has destroyed everything and have ruined humanity?

Some Insanity, Some Depth

In writing that plot summary, I’ve really pushed away some of the most important traits. Like where Iczer-1 is from, the possible reason why she chose to partner with Nagisa, why the Cthulhu followed her, why Iczer-1 is constantly locked into lightsaber duels against robots while Nagisa is put into more and more danger. The thing is that I don’t care about the answer to those things. I can’t say this completely but this is something where one is thrown into a situation with only a little explanation and that leads to just accepting it.

Partially because of the rule of cool and partially because some of those questions do get their answers if you pay attention well enough. A 90 minute ova should be allowed to do what it wants and say what it wants to say while having cool hand to hand combat and robot action before it ends. Those are the reasons to watch it in my mind. Especially as the enemies get cooler and more dangerous for Iczer-1 to handle, so she’s pushed to her limits. Same with Nagisa who struggle to find the strength to keep fighting.

For characters that we don’t know about, it’s crazy to get so much from them being put into the situations they are in. Iczer-1 and Nagisa are obviously supposed to be eventual mirror reflections for each other. Nagisa is that whiny kid who has suffered so much and doesn’t want to fight because her life is gone. The entire arc of Iczer-1 is seeing Nagisa stand up and fighting with her alternative self in order to defeat their enemies. Now that I think about it, it wasn’t until Nagisa found someone also worth protecting before she became so brave. A very simple, but clean and effective kind of arc. It is all there if you are looking for it.

Villains With Some Depth

When I mean depth, I mean as much as the heroes have. Perhaps a bit less, but they feel at least a bit more filled in or fleshed out then your stock bad guys. Sepia and Cobalt obviously loved each other romantically. It wasn’t just the two of them making out in the beginning of the first ova that gave that away. It’s how they reacted around each other in the first ova. So you can see why Sepia goes into episode 2 for revenge. The first ova was just about the villains taking down Iczer-1 because it was a formality. Episode 2 and beyond means its personal.

Then there is the really fun Iczer-2. One with a really cool whistling introduction song that gives her a pretty good lasting appeal. Between Iczer-1 and Iczer-2 is that battle of supremacy because they both come from the same source. Or essentially, can Iczer-1 defeat herself but slightly more improved in combat. Especially since they have the same abilities as Iczer-2’s probably turned up a slightly higher level. So other than 2 being a complete badass, it’s really cool that there is that simple, but good connection between 1 and 2. Who else is going to push people beyond their limits then their literal selves? Once again, it’s there if you look for it.

Finishing Up Thoughts for Iczer-1

On an animation stand point, which is the main draw of this ova, it’s so gorgeous. Definitely moe girl character designs with some of them being a lot more buff then you think they would be, but different hair colors, face designs, clothing, heights, and everything. So great designs with excellent character animation too leading to some really good character animation. Then there is the Iczer Robo and just robot designs and fights in general. Really impeccable designs with designs that you can feel so much weight behind every sort of movement. Entire cities are just destroyed by seeing them all walk.

One thing that needs to be mentioned is that the show is related to some well…material that you can imagine. Just that a lot of sex and lewd scenes are replaced with a lot of really good horror scenes which are directed really well to instill some fear into you. The one thing that stays behind is that the girl in front of the Iczer robot is completely naked with a clear glass cockpit in front of them. To allow the girls to fuse together with the girl in the back piloting each unit into motion. It’s not like the ova focuses on these things when the robots are fighting each other, but it’s there and noticeable. Just thought that warning should be out there.

But if you push back that detail, Iczer-1 is such a blast. Just a solid directorial debut by Toshiki Hirano overall. Very simple but excellent story, great animation, an emotionally gripping story, and some really good horror. What else can you ask for? Like a lot of 80’s ovas, it has everything in a way that just somehow works so well.