As anime fans, we’ve always had that feeling of when we wanted more of a story, right? Especially when an adaptation of something ends too quickly for us or we are left with a massive cliff hanger and we never get more? Well, elDLIVE was definitely one of those for me. As you can see … END_OF_DOCUMENT_TOKEN_TO_BE_REPLACED

To me, these shows are similar in a couple of ways. For one, I am not going to say that they are bad. Oh no, would never say that. Infact, both of these shows have a lot of good things going on for them then bad. It’s just that some of the bad and tiring … END_OF_DOCUMENT_TOKEN_TO_BE_REPLACED

Hey everyone. I know that some of you may be surprised that I am saying this, but this season is stronger than a lot of people have realized. At least to me. Having ten shows that I enjoy watching on decent levels of quality or above is enough to say that this season isn’t that … END_OF_DOCUMENT_TOKEN_TO_BE_REPLACED 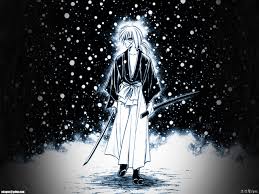 Your Home for Apocalyptic Ennui

A place to share thoughts and express once feelings...

I love babbling about anime and kdramas!

Teaching Skills With The Help of Anime

A self preservation society for classic Japanese animation from the 1980s as well as the 1960s and 1970s.

Formerly known as the alchemist of blogging